A Bagel App, Because Just Getting One is Too Easy

We are proud to announce our new app, the Uber Schmear crowdsourced bagel delivery system.

More -- the whole thing -- at TheHiggsWeldon.com 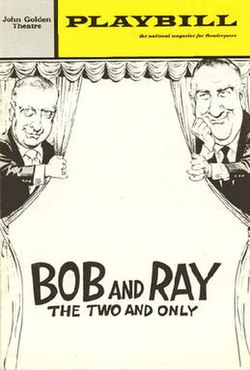 Much will be said about the greatness of Bob & Ray, but no one can demonstrate it more clearly than they can themselves: The Komodo Dragon Expert, for instance. (mp3)

I remember going up from Philadelphia to Carnegie Hall with my father to see them onstage, 1983 I think it was, in coonnection with their public radio show, not the earlier "The Two and Only". I've rarely seen my father laugh so hard (or eat so many pastrami sandwiches in so many Manhattan delis in one day). He was as nimble as a teenager as we ran for the train home at Penn Station afterwards, perked up by Wally Ballou and the rest of the characters filling our heads.

Listen to Clement C. Moore and Irving Berlin discuss their Christmas classics in a stimulating and sometimes even coherent interview. Download the podcast at iTunes or at the Dead Authors Podcast site. Yes, I recommended this last year too. It's a classic, I tell you.

Enjoy the archive of Christmassy Posts Past

I love that it took him days to realize he could speak on tv.

The 3 bears: Papa's is too hot, Mama's is too cold...
Logically, wouldn't Baby's be the smallest bowl and most likely to be too cold? How big is this kid anyway? Did Baby move back in after bear college?