Or maybe there's a bakery near you.

"Jean Shepherd's America" ran on PBS back in the 70s. It was on Wednesdays -- or was it Saturday? This was when you had to actually watch things when they were on. Wish I could hear what Jean Shepherd would have to say about that. 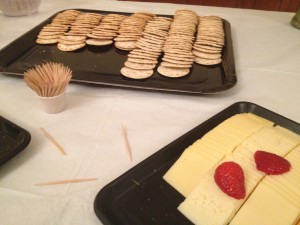 Update to the oat milk saga: Some of the ads are covering a Mural Arts project in Center City

"Minor Figures is very presumptuous to come to our city and cover works of art in such an offensive manner," said Jane Golden, executive director

This bill in Texas, SB1646, would remove trans kids from their homes if a parent affirms their gender. Truly barbaric.

Good Morning America surprised Dr. Ala Stanford of the the Black Doctors Consortium with a live tribute on Monday morning — including an appearance from Philly native Patti LaBelle https://6abc.com/10509699/